Posted in Android Spy by Julie 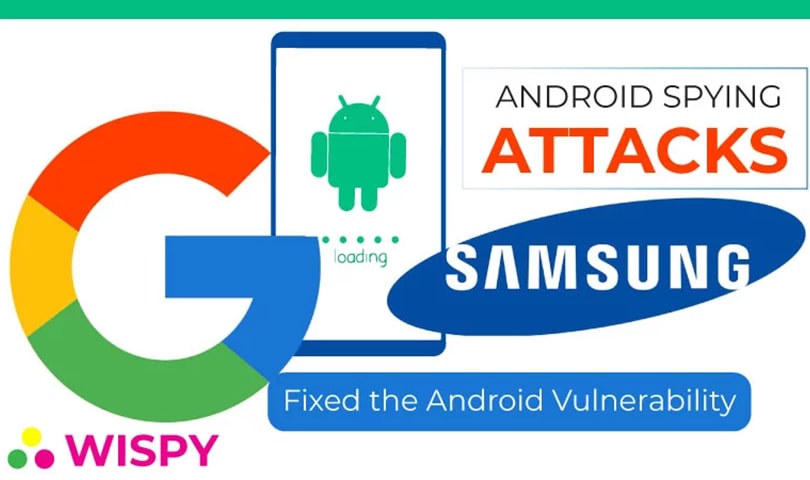 Do you know that Android phones and tablets are much more vulnerable to spying attacks than iOS devices?

Android apps can steal your mobile information without asking for permission.

Statistics show that 44.85% of the world population owns smartphones, and Android has a bigger market share with an increasing number of smart devices.

Mobile spying activities are becoming common these days. With massive personal data online, it is now easier to extract details about someone.

Recently, reports revealed that; Google and Android devices receive spying attacks via installed apps. Without the user’s consent, these snooping apps secretly spy on the microphone and camera of Android phones and tablets.

Android spying attacks are common nowadays. The vulnerability of smart devices has made Android phones and tablets more susceptible to spying threats.

There are millions of apps available on the Play Store. Several rogue apps are available under a sophisticated name or brand with the sole purpose of stealing mobile data. Studies showed that such villain apps record videos, audios, and snap images without asking for the user’s permission. The gathered data is then uploaded and sent to the attacker-controller server.

But why would snooping apps steal your data?

We can say that spying attacks can either use your personal details for ransomware or marketing purposes. Either way, the internet is not a secure place to be.

If you are an Android user, you must be thinking about whether you have a spy app on Android Phone.

Let’s get it clear and discuss more.

How Vulnerable Is the Android Operating System?

Researchers at a security firm Checkmarx discovered that Android phones and tablets are at higher security risk by nation-sponsored spies and other snooping agents.

The study also revealed that spy video and audio recording, along with snap capturing, can enable the attacker to track the target device’s GPS location.

To ensure the digital security of Android OS, Google has updated Android OS. Now, the Android Open Source Project will follow a specific set of permissions that applications must ask from the user before interacting with the OS.

To demonstrate the security risk, Checkmarx highlighted the main snooping activities of the rogue apps.

Here are the hidden spying functions;

Video Recording – Tapping videos of the surroundings by secretly activating the camera.

Surround Recordings – Eavesdrop and record both the surrounding noises and telephonic incoming and outgoing calls.

Well, Samsung devices are the most favourable among the audience. However, Samsung phones and tablets run on the Android operating system.

MUST READ: How to Remove Spyware on Android

Does that make Samsung devices vulnerable?

Can Someone Hack Your Samsung Phone?

The vulnerability of Android OS to cyberattacks is considered a major security flaw. As per the report of Checkmarx, Samsung has addressed the security issue and affirmed to its users that the company had fixed the spying attack issue among its devices. Supporting this, Google declared that; Android devices other than Samsung are still vulnerable to security threats.

How to Know if an App is Hacking your Phone?

The spying attack on Android devices is never completely secret. Users can follow some signs and get to know if their phone is being hacked. Also you may read complete article on how to detect spyware on Android phone.

Meanwhile here are the five signs that indicate spying activities on a smartphone.

If the user has the target device in his/her hand during a spying attack, he/she can see the mobile display recording a video or taking pictures. It is horrible to admit that spying apps are even smarter to detect if your mobile screen is down so that the spying attack can proceed without the knowledge of the device owner.

Checkmarx Update About Spying Attacks – What Are The Outcomes?

Checkmarx played an immense role in determining the spying attacks of mobile apps on Android devices. In a statement, Google officials mentioned that the company appreciates Checkmarx bringing up the issue and coordinating with Google and Android partners to resolve the flaw.

Following this, Samsung also mentioned that the company had released patches to resolve all the Android Samsung devices that may be affected by the spying attack issue. Samsung also thanked the Android team for collaboration in resolving the matter.

Mobile devices are everywhere. And the most popular and flexible smart devices run on the Android operating system. Android OS indeed has a big market share with an unbelievable number of ever-increasing users. With such a great number of users, Android devices are the hub of enormous user data.

Moreover, the Android operating system is open-source, which means that anyone can alter or modify the OS. Such vulnerability invites so many security threats.

In recent research, Checkmarx highlighted that many Android apps are capable to snoop into the mobile device and spy on camera, microphone, location, etc.

Google has immediately taken action on this issue and fixed the spying attack problem. Now, every Android app has to ask a set of permission from the user before fetching any detail from the device. Following the Google update, Samsung has also resolved this flaw and launched patches to settle all the devices affected by spying attacks.

Unfortunately, Google is not sure about the security of other Android device companies rather than Samsung.

Which Android device do you own? Is it secure?