What is Mobile Malware? – A Parental Guide

Posted in Guides by Julie 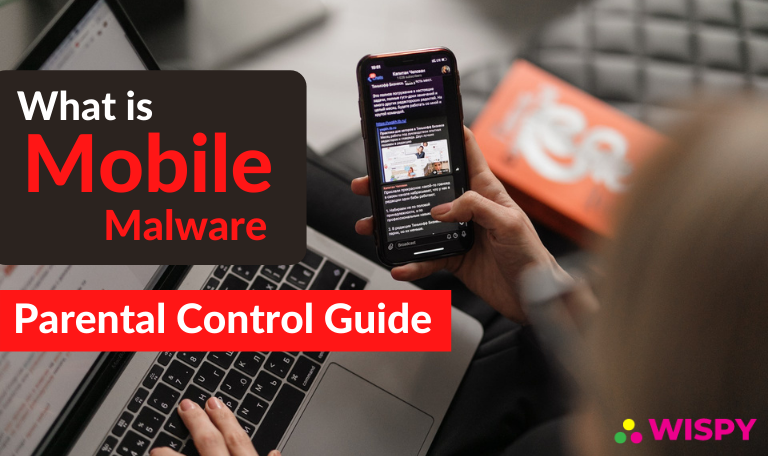 Among online security dangers, mobile malware attacks are the most common cyber threats infecting thousands of mobile devices on a daily basis. Today, we are living in virtual times of technological evolution. Every passing year brings innovations in tech trends, making our lives easier.

Cell phones have become a necessity. The analysis of Tech Crunch estimated that there would be more than six billion smartphone users around the globe by the end of the year 2020.

The reason for such an instant boom in mobile users is that we all are living digital lives. And such online exposure gives an immense opportunity for hackers to intervene and steal personal data of online users.

Around 350,000 malware attacks are infecting our digital systems every day. Statistics show that there are about 980 million malware program roaming in the online world.

What is the most vulnerable source for malware attacks?

Yes, we receive emails every day, containing content of various types. Mobile phones and tablets have made it much more convenient to send, receive, or read emails anytime we want. Almost 85% of people access their email IDs using mobile devices. Directly or indirectly, we are providing an open window for malware attacks to infect our mobile devices.

In this article, we are going to explain what is mobile malware, how it attacks digital systems. Moreover, we will also discuss why it is significant for parents to consider the online security of their kids.

What is Mobile Malware? – A Parental Guide:

Mobile malware is a programme designed to crack the operating system of the target device. Such malicious software damage and collapse the running OS of the smartphone/tablet, making it more vulnerable to security threats.

But why would mobile malware attack smart devices?

The reason for targeting a specific device with a malware attack is to damage its firewalls and encryptions to steal stored confidential information.

Here are some official statistics regarding security threats for malware attacks;

Over the passing time, mobile malware has evolved with modern types and distribution methods.

Before explaining the types of malware programmes, let’s discuss the history of evolving mobile malware.

Now, allow us to reveal some popular types of mobile malware. Parents must read the latter section carefully. Because; understanding the type of malware can help them safeguard their kids against security threats.

Here are some domains of mobile malware programs everyone should know to boost the online security of their friends and family.

The mobile trojan is a malware that can attach itself to legal apps when integrating with an operating system. If you open the infected file containing trojan, the malware secretly incorporates with legitimate installed apps. Such interaction results in crashing the target device. Mobile trojans are famous for targeting bank details.

The most popular banking trojan is Zeus. It can infect mobile devices owned by banking officers and steal all the banking credentials with its keylogging feature.

We all know about the traditional phishing technique, in which a fake file or URL containing the malware is sent to the target device via email.

Mobile phishing includes transmitting a malware embedded link to a target phone/tablet via SMS. Once the user clicks on the malware containing a file or URL, the malicious virus starts hacking the digital activities of the device. 57% of the organizations reportedly experienced mobile phishing attacks.

Ransomware steals delicate data from the target devices, including; documents, photos, videos, credentials etc. Besides, ransomware attack activities include blackmailing the target user and demanding a ransom amount. On the other hand, if the user declines to settle the ransom money, the hacker can blackmail the user of either erasing or leaking the confidential information. The most vulnerable target of ransomware is corporate businesses.

Adware is pop-ups we encounter while visiting websites. The annoying adware collects user data online. Adware can also steal user information. As in many cases, malicious programmes had found to do malvertising. Adware can force users to download a programme that can harm their mobile devices.

Now, that we have discussed the common types of malware, let’s come to the point; how you can protect your device from malware attacks?

Do you know which operating system is more secure?

Well, to some extent, both are vulnerable to security threats.

But, researches showed that Android devices are 50% more likely to get infected by a malware programme.

So, how can you secure your mobile device from malware?

Here is how you can safeguard and protect your mobile phones from security threats.

Use secure WiFis – By surfing the internet with a protected WiFi connection, your system can block unwanted third-party programs to infect your device.

The use of mobile malware is rising. Hackers are continuously developing advanced malware apps to infect the latest version of cell phones. In conclusion, the only best option to keep your loved ones safe from such a menace is installing anti-malware apps on your mobile devices. Besides, parents can also utilize an authentic and genuine parental monitoring app to safeguard their juveniles from online security threats.